The Importance of Funding for Elder Programs

On July 14, 1965, President Lyndon Johnson signed the Older Americans Act as part of the Great Society Initiative. This 55-year-old piece of legislation continues to aid millions of elders and Senior programs nationwide.

Why is funding for elder programs so important?

All older adults deserve to age with dignity. 90% of elders over 65 say they hope to stay in their homes for as long as possible. In order to safety accomplish this, our aging neighbors need healthcare, support services, nutrition, and socialization. As the baby boomer generation begins to age, the proportion of older adults in the United States continues to rise. 10,000 people in the US turn 65 each day. It is thought that by 2030, 1 in 5 Americans will be 65 or older- an estimated 70 million people! 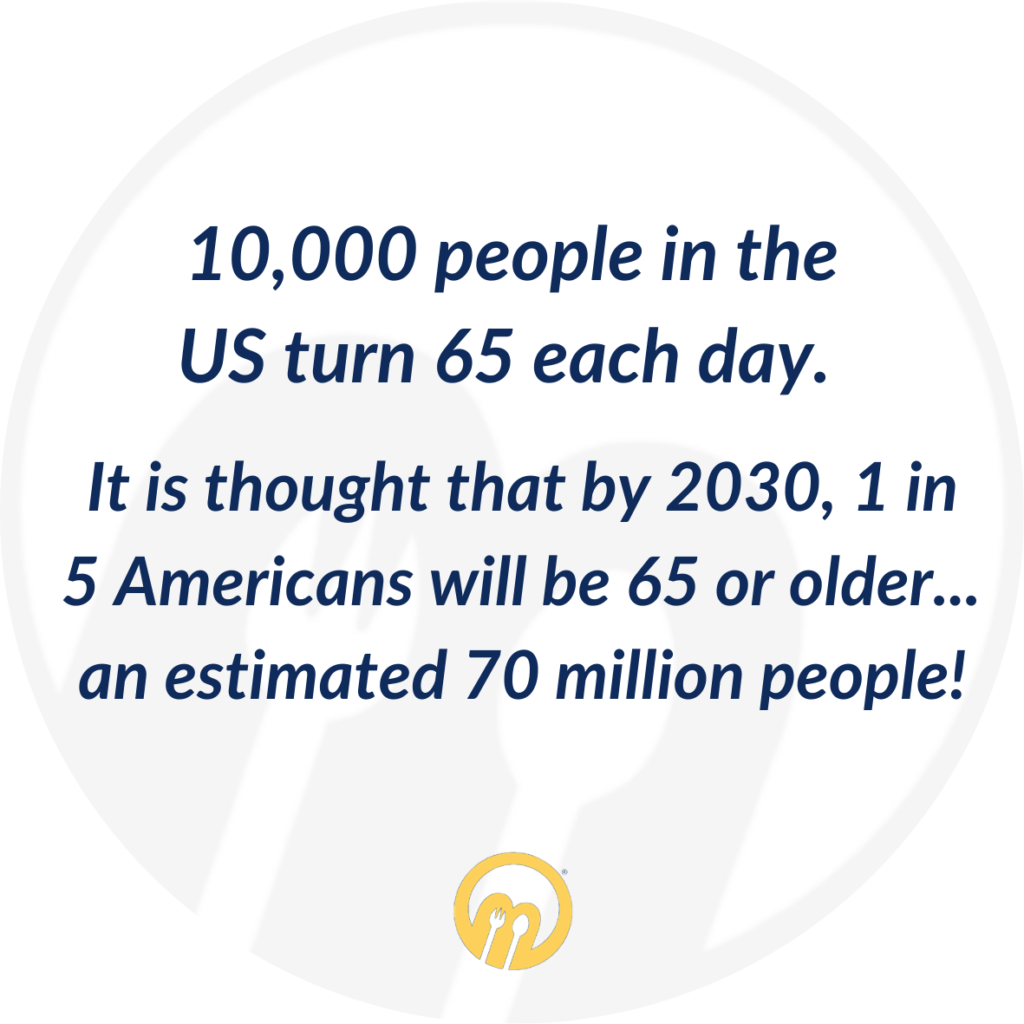 What is the Older Americans Act?

While some of us may have heard about the Older Americans Act (OAA), many do not realize the depth of services that it supports- including Meals on Wheels of Central Maryland! The act was signed in 1965, alongside both Medicare and Medicaid. Unlike these healthcare programs, the OAA is discretionary funding (subject to the appropriations process) and reauthorized every five years. Reauthorization often includes amendments to the legislation.

Major amendments include adding nutrition programs in 1972 (March 22nd was the 49th anniversary!) and authorizing home-delivered meals specifically in 1978. Fiscal year 2020 saw the greatest level of funding at $3.22 billion. Over $1 billion of this funding was in direct response to the Coronavirus pandemic.

The Older Americans Act contains seven distinct sections or titles. Overall, the OAA supports those 60 years and older to live with dignity and care. Available funds only cover a fraction of what is needed due to the ever-increasing aging population.

Title I sets the objectives and areas of focus for the OAA. This section shows the mission of the OAA and includes mention of a variety of rights as well as social determinants of health. Some of the focus areas are as follows:

Title II establishes the US Administration on Aging. Title III, Grants for State and Community Programs, is where the bulk of the funding lies (73.2% in FY2020). These grants support different areas such as congregate meals, home-delivered meals, in-home help, home modification, transportation, legal services, adult day care, caregiver support, and disease prevention services. Funding for these programs moves from the federal level to the states, to the Area Agencies on Aging (County-based in MD) to individual agencies. Titles IV-VII cover activities for health, independence, and longevity, employment programs, Native American aging, and elder rights, respectively.

The Older Americans Act and Meals on Wheels of Central Maryland

Meals on Wheels of Central Maryland (MOWCM) was started in 1960, well before the Older Americans Act was passed. It would not be until 1972 that nutrition programs were added and 1978 when home-delivered meals were included in the OAA. While MOWCM has always and continue to receive income from a variety of sources (support from the public, sliding scale fees, etc.), the OAA was certainly a factor in our growth over the years.

According to the MOWCM FY1973 Annual Report, Title III funding allowed the organization to hire the first paid Volunteer Coordinator and a part-time typist. It also allowed us to expand into Carroll County in the 1970s. In FY1973, more than 275,000 meals were delivered to clients. Compare that to the nearly 2,000,000 in FY2020! While there are a variety of factors in this expansion, the OAA certainly played a role.

On this 49th anniversary, we are grateful for the groundbreaking legislation that is the Older Americans Act.