It has been two years since the start of the CO 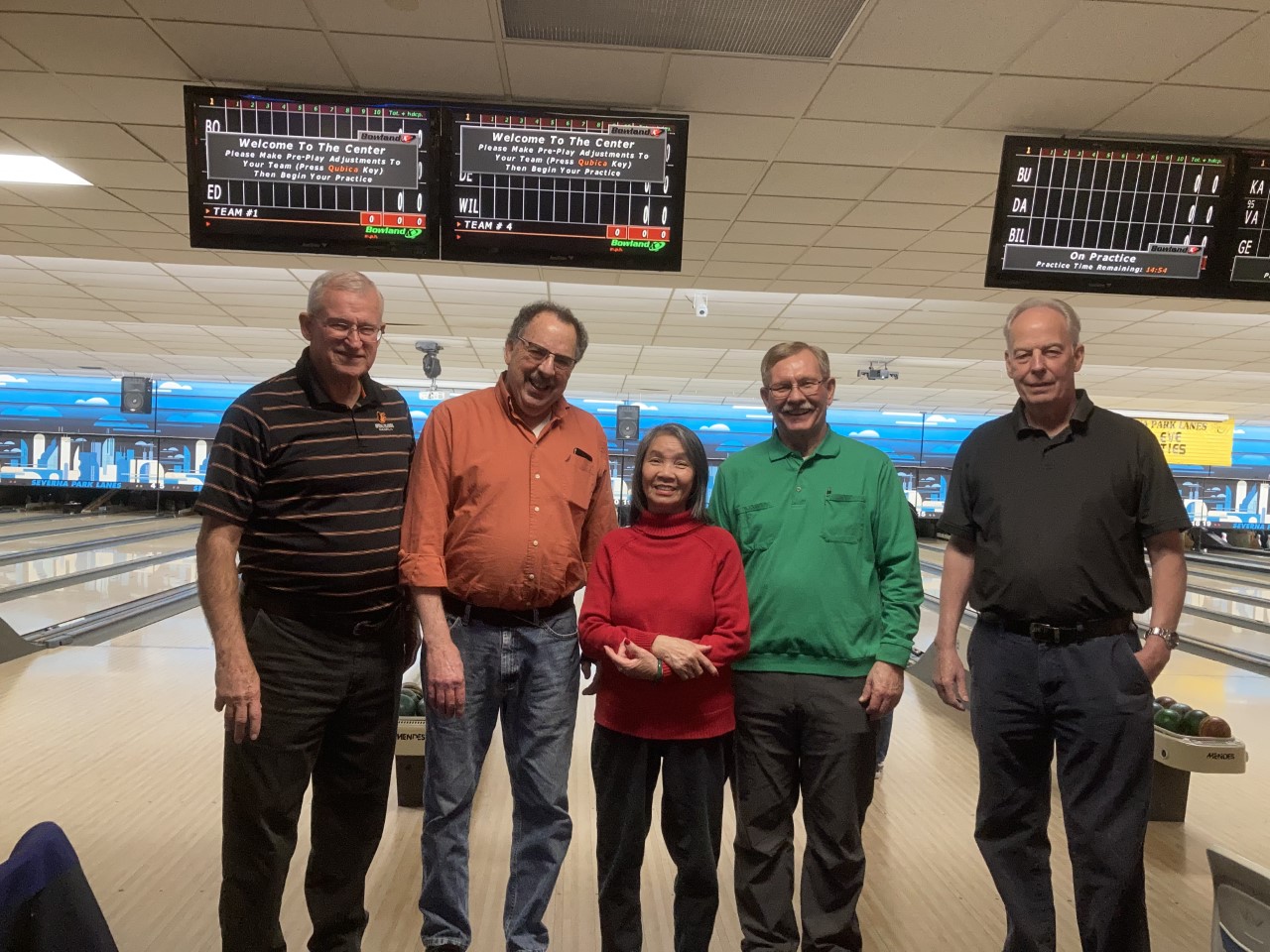 VID-19 pandemic, a global crisis that has profoundly impacted each of us. In these two years we have learned a great deal about resilience, about compassion, about what it takes to serve a community in crisis. We have learned to be there for each other in new ways, appreciating the little things in life that much more.

The story of Meals on Wheels of Central Maryland (MOWCM) volunteer, George, and his bowling team is not only a feel-good feature…it is an example of friendship born out of service, of Moving Forward in Unity.

George P. has been volunteering in Glen Burnie delivering meals for over a decade. He first got involved when
his son, Greg, was a student at the University of Maryland College Park. Greg was a MOWCM volunteer and
recommended it to his father. George figured he knew the area and would give it a shot. 12 years later and he is

George says of volunteering, “It is very rewarding, a lot of people don’t get out of the house very much and
it is great for them to have some contact.” George continues, “Over the years, I have gotten to know some clients very well and it is so nice to hear their stories.” George explains that for many clients, the pandemic didn’t change their homebound status, but it did lead to additional fears commenting, “Clients were used to being homebound, but were so relieved that they were not forgotten during the pandemic.”

George has also found connection with MOWCM staff and fellow volunteers. For over 50 years, George

has been a part of a bowling league at Severna Park Bowling Lanes. The league went on hiatus for much of
the pandemic and is now back in action. George began to recruit for the league and was pleased to find
interest among MOWCM peers.

Now every week, Bill Bush, Glen Burnie Site Coordinator, as well as two MOWCM volunteers, Butch and Bob, join George for the bowling league. A positive and fun experience, George’s story is also a great illustration of
how volunteering not only creates community for those we serve, but for those who serve as well.