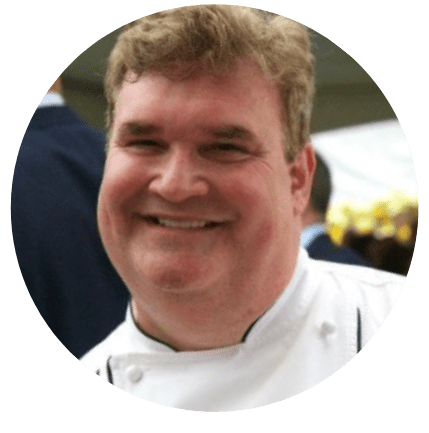 Jerry Edwards, CPCE is the Executive Chef and Director of Culinary Operations for Chef’s Expressions at The Manor as well as The Manor Tavern Restaurant.

Jerry has won over 50 culinary awards including Gold, Silver and Bronze Medal awarded by The American Culinary Federation.

He is a past National President of NACE, The National Association for Catering and Events, serving an unprecedented three terms. Jerry was inducted into the NACE Hall of Fame in 2006 and in 2015, Jerry was awarded The Industry “Icon” Award.

He is famous for his charitable monthly wine dinners that have grown to over 120 attendees per month.

Currently he is the Chairman of The Visit Baltimore Education and Training Foundation.

Back to event site