Celebrating the 61st Anniversary of Meals on Wheels of Central Maryland

Meals on Wheels of Central Maryland (MOWCM) has been delivering meals and providing support services to homebound individuals throughout Maryland for over 60 years now- becoming a trusted community resource to those in need along the way. But how did it all begin? And how did we develop into the organization we are today. 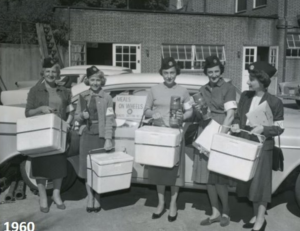 On October 3rd, 1960, Ernestine and Beatrice, along with a handful of volunteers, delivered meals to 10 homebound people in Baltimore out of the Levindale Hebrew Geriatric Center and Hospital and MOWCM was born! Throughout the 1960s, the organization grew within Baltimore City and eventually expanded to Baltimore County in 1966. Community-based “kitchens” were established in various neighborhoods, allowing volunteers to deliver in their own communities. In 1968, MOWCM became the first agency to be jointly funded by the Associated Catholic Charities, Associated Jewish Charities, and the United Way.

he 1970s was a time of growth for the organization, as routes and kitchens wer 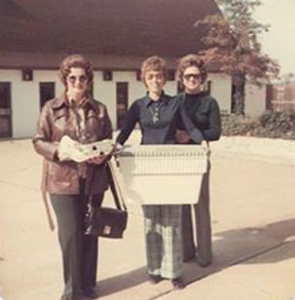 e begun in Carroll (1973), Harford (1974), and Howard Counties (1975). We started to establish roots throughout the state and expand both the volunteer base and client census. In the 1980s, it started to become difficult to manage the increasing number of kitchens. In order to increase efficiency and consistency, the decision was made to centralize by moving all kitchen operations to our current home on Haven Street in Baltimore City. With this move, we were able to serve more clients than ever while remaining committed to our community approach by having over 20 pickup sites throughout the service region. 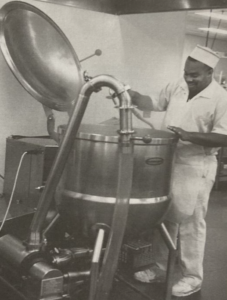 began to embody the idea of “More than a meal™” with the creation of the Client Grocery Shopping Service (now the Grocery Assistance Program), Phone Pals, and a texture-modified meal option. Throughout the 2000s and 2010s, these “More than a meal™” programs grew more robust as social determinants of health became increasingly known. We began establishing hospital partners, home repair programs, and targeted case management to address client needs in a holistic way.

Today, we look back on our past with pride and look toward the future with anticipation and resilience. The past 18 months have been some of the most challenging as we grapple with the effects of the COVID-19 pandemic. But if our past and present have taught us anything, it’s that we’ll be here, no matter what tomorrow may hold.